Year after year, Mobile Tracking customers decrease fleet costs, increase revenue, and improve efficiency and productivity with our products and services. Here are a few testimonials on how different industries have achieved their return on investment with Mobile Tracking

For Email Newsletters you can trust 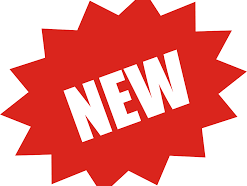 Here’s why: When drivers compete, everyone wins!

At GPSisUS, social telematics allows the entire fleet to work together as a team to improve driver behavior. With mobile capabilities and gamification, managers can reward drivers for achievements such as “most improved driver” or “safest driver of the month.” The use of rewards has been proven as one of the single highest predictors of an “organizational climate,” which in turn has a direct correlation with financial results.

At GPSisUS, Gamification has built-in features wherein a driver who makes the same kind of error several times is shown a specific tutorial video and answers a questionnaire. Over time, your HR analysts can determine which kinds of tutorials have made the most difference to improving fleet safety and productivity.

At GPSisUS, drivers will be able to see the same driver behavior data that managers have seen all along, (cell phone use, texting, manipulation, hard breaking, excessive idling, speeding, etc.) and make adjustments as they see their own driving errors in real-time. Not only can drivers see their own data, they can see their colleagues too, stimulating healthy competition among the entire fleet. Through the app, managers can reward drivers for achievements such as “most efficient driver” or “most improved driver” by giving gift cards from major companies such as Amazon and Walmart.